Library services in the village date back to the 1800’s when this was an Indian Village called Gis-se-nau-se-bing (cold river) and lending books brought from Scotland were kept in the Indian Agent’s home. Several other village locations housed books before the present library was built in 1937, as a memorial by the Sheppard family, to their parents Wm. Sheppard and Mary Ellen Buchanan.
An additional two rooms were added in 1986-87, one being the Foster Meharry Russell Reading Room, a memorial gift from the family of this former Coldwater newspaper owner.
In 1994 Coldwater became part of the new Township of Severn . The Severn Township Library Board now operates this library. 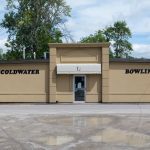 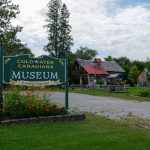